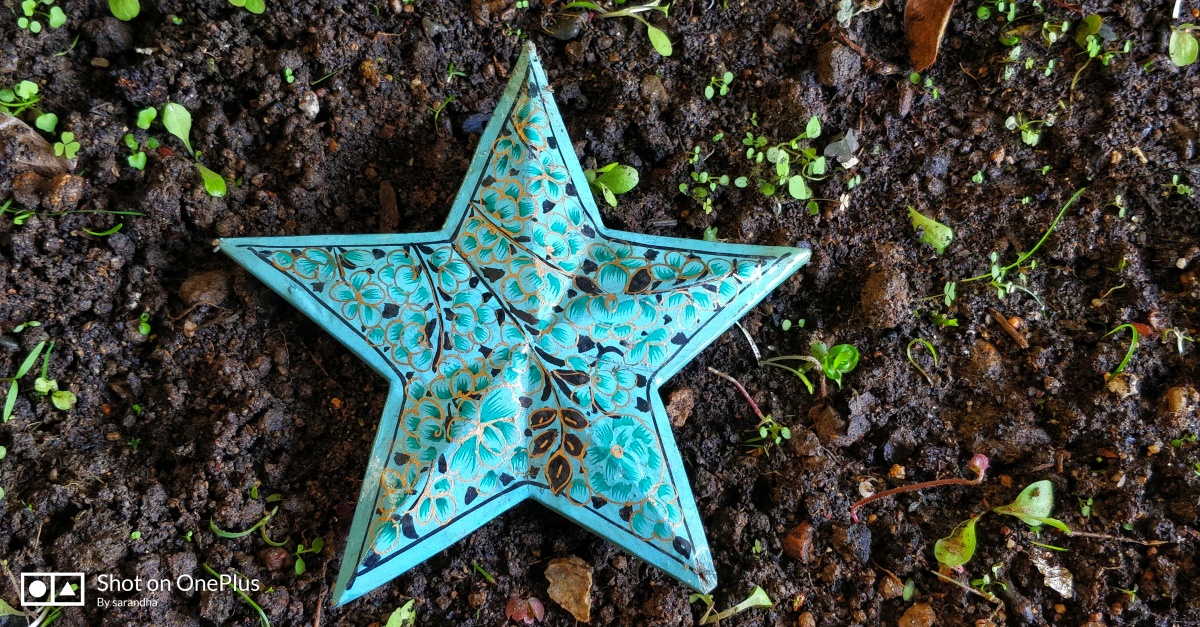 Well i will begin where i left last ,

after meeting all my co trainees at the office along with our trainer , all of whom came from a diverse background ,two pretty young girls from haryana ,two beautiful gujarati ladies from Mumbai,and one from all the way south, Hubli.

But, there was one thing, that i understand common amongst us and that was our willingness to learn RECBT and along with that ,i think all of us somehow needed a change from our routine lives,and at the end of the journey we all took back very fond memories and have grown in someway or the other.

so, after the introduction,we started back to our guest house  ,the jogiwara road ,i.e. the road straight down hill from the main market is very steep , it was easy for us to go down but, very tough to go up the incline,so we took another route,via the temple road.

the temple road here ,refers to the road connecting the dalai lama temple (also called Tsuglakhang temple)(i will write a seperate blog to describe the temple).

it was around 6:30 and i was hungry already or should i say i was craving for momos!!.Earlier this year when we went to Assam we could not have momos so i anyhow had to have MOMOs!!,my friends Reshma and BHavika recommended a small stall that had steamed momos and so i took it to my room and devoured on it!!

(This was my first day so i wasnt very confident to eat alone or even with my new friends at a restaurant ).

it was a tiring day so i slept at 9:30 unlike my daily routine.

for the next day Reshma and i planned to go to the kalachakra temple and the church before our workshop begun!!we decided to leave by 7 am!.i slept all excited.

I woke up all excited,this was something i always wanted to do,to explore the mountains undisturbed and not with a pressure of clicking pictures or rushing to work, i was very eager to see what this place had to offer us! i was thrilled!!

so we took off at the time we decided and went to the kalachakra temple first.

yes!! this is what i wanted ,i thought ,it was the best start we could think of.! 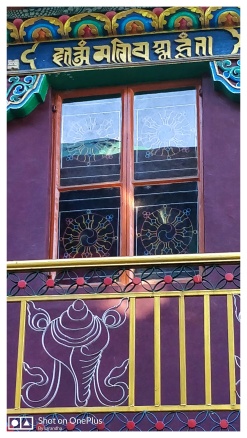 (i plan to have a separate blog for both the temples,so not elaborating it here).

from here we went to the main market square ,asked for directions to the church and began!(all on foot).

But,on the hills whether it is downhill or uphill , the distance is deceptive,all distances seem farther than their number.

anyways we had allot of time in our hands and we went around looking at the exquisite foliage and mountains on our way down.

fortunately the sky was clear and we could enjoy the warmth of early morning sunrays!

the weather couldn’t have been better .

and on the way to the church i realized i was really enjoying Reshma’ company, may be this was something i was missing,making new friends who don’t know and dont judge you because of your profession,may be that is what i was missing all these years.(Being a doctor and being in the same place since last 10 yrs,at a position where all people senior to you have been there since you’ve been there or longer,and all new people are juniors,who inadvertently see you as a senior more than a friend.)(this i would say is an occupational hazard of medical profession, since our early day we are taught that a senior is always right ,so you being the part of the system tend to believe the same,feeding into your narcissism,which hampers the development of genuine heartfelt friendships)(my personal opinion). Anyways we went slow ,giggling around sharing our life stories ,our interests,our likes ,dislikes,clicking random pictures without us in them,awing together over the picturesque scenes ,we finally reached our destination.

The St. John’s Church, around 1 km from the main square (mc leod ganj) is located at the most isolated , untamed by humans place!!Set amidst the  magnificent Deodar Forest, this Church is archaic in every sense!unfortunately when we reached the church was closed ,so could not see it from inside ,But the surrounding,the location and the eerie cemetery near it was more than satisfying in itself!( at every instance i was thanking the almighty to have blessed me to come here).

END_OF_DOCUMENT_TOKEN_TO_BE_REPLACED

my first impression of mini Lhasa or mc leod Ganj

Well, I was extremely skeptical about this trip for a very long time since it was my very first solo trip far far away from home, it gave me jitters!!.

But, somehow since I really wanted to attend the workshop on RECBT (rational emotive and cognitive behavior therapy) and my husband persistently urged me to do so(on a lighter note, he had his hidden motives in sending me away I guess!!) I gathered all the courage I had and took the plunge.

I began my journey on 27th of July, from Bhavnagar( a small city, approximately 170 km away from Ahmedabad, known for its kayam churan by Sheth brothers and a lot of other things) where I am working and stay with my husband (We’re both doctors by the way).

I took a bus (Rajdhani travels) from there to Ahmedabad, reached home in about 5 hrs.

I had a flight to Delhi the next day, I took an afternoon flight as I was extremely scared of being all alone in Delhi at night, and my mother reinforced the fear,anyways i reached Delhi safely,took a cab to Isbt Kashmiri gate and waited for my bus(himachal road transport volvo bus, direct delhi to mc leodganj, u can book it online from the hrct bus website or red bus website) the wait was long for about 2 hrs, in those two hours I encountered an unclaimed bag lying around on the station ,reported about it to the authorities,bought a book called emotional intelligence first copy just for 100 rupees,talked to an old couple who were going to Dharamshala in my bus and finally the bus arrived(6:00 pm sharp,so it was exactly on time),it was a really good bus with facilities like a charging point near the seats,blankets , a common Lcd screen (watched the movie raid ,3rd time in a bus!!),they served bottles of mineral water sealed,and good recliner seats with proper leg space(not an issue for me, cause im short) and cherry on the cake was my next seat passenger was a pretty blonde girl!!(though I could gather courage to talk to her only by the end of our journey,so from myself being the damsel in distress,became the helping local co passenger(helped with translating english to hindi and vice versa), I felt awesome!.it was a 12 hour pleasant journey,though not sleep as the roads are all curvy . I was up early to see the sunrise and I cannot express how happy that made me.

I actually could not believe, that I made it so far all alone, in one day I came all the way from the mostly dry low land in Gujarat to this mesmerizing picturesque place!!

This wasn’t the first time that I visited a hill station during monsoons, ‘ve been to Mahabaleshwar, Lonavala, Matheran, Saputara, Munnar and Mt Abu and I loved all these places for their own beauty, But this place, brought out a new energy in me, I felt like i belonged here,i have always wanted to see Himachal after seeing it on screen ,in the movie Highway and a documentary called ‘when hari got married ‘ on Netflix,and my dream was about to come true!! maybe the air in Dharamshala is so pure and peaceful, it brought out the new spiritual being in me!!.

I reached the main bus stand of mc leod ganj and took a local cab to ‘takhyil guest house'(they pronounce it as takhil),this was my first experience of staying at a guest house(apart from ONGC guest houses), nd it was much more than expected. The location is prime and the manager is very cooperative, he let me check in way before the usual check-in hours with no extra charges.I had my breakfast at the neighboring cafe called ‘the peace cafe’ nice, cozy cafe welcoming me to the cafe culture in mc leod ganj!

the view from my room was of the marketplace, seeing people of all races, watching maroon-clad monks walking in sneakers and bikers on their enfields Tibetan flags gave me a hint of how the next 7 days of my stay were going to be!

It rained heavily at noon, and the scene from my window was beyond explanation!!

the mountains were all covered with clouds,the sound of the drops of rain masked all the other noises of the marketplace, i could see people below running and looking for cover, i saw people below helping dogs to come under shelters,oh i knew i made one of the best decisions of my life of coming here!

In the evening our trainer had organized a pre-workshop introductory session, so i got ready went out , own the road had my cinnamon rolls at the BUdan cafe and walked up to the workshop office that is the altmind shift office, ocated at the jogiwara road, near the illiterati cafe. on my way to the office i got confused, at’the y junction, (Vodafone network at least prepaid is not very good in mc leodganj) as the map thing on my phone was not working properly, i had to ask the locals for the way(very unlikely of me!) they did not know where i wanted to go, so a young Tibetan monk helped me ,and i went all gaga!! finally,i reached the workshop and met with all my co-trainees and our trainer and all the first impressions were so good!!

making me look forward to the upcoming adventures